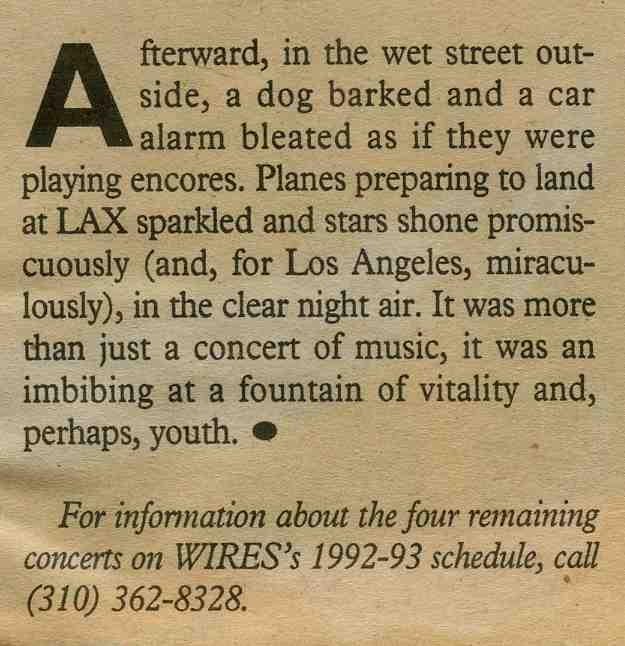 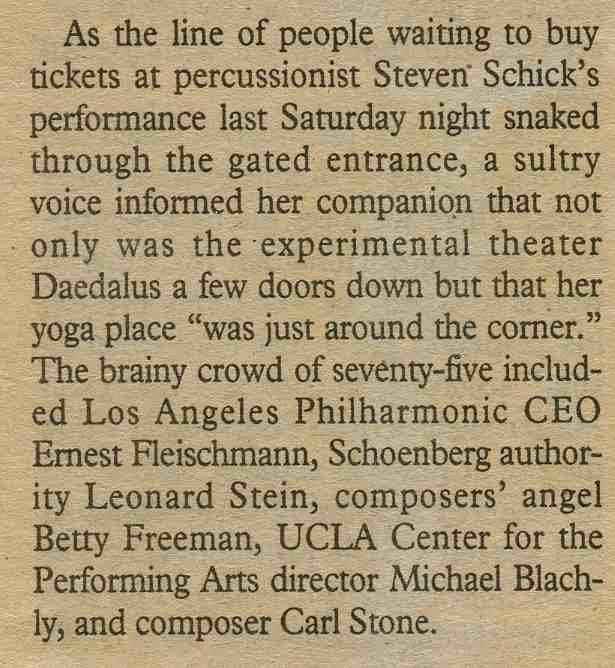 corresponded to something like Vinko Globokar's observation about Los Angeles, as he surveyed it from my backyard.  For one thing, he thought calling our city "L.A." denigrated its much more beautiful identity (and identification with) El Pueblo de Nuestra Señora la Reine de Los Angeles de Porciúncula; the second was how all the wires telegraphed from pole to pole reminded him of an outpost.  When Wires was founded in 1991, Los Angeles was still very much of an outpost for new music.  But a scene that produced musicians like the clarinetist John Carter betrays its sophistication, and its individualism continues to be a  misunderstood feature of its cultural ecology.  Nevertheless, Venice circa 1991, unlike Santa Monica to its north and Marina del Rey to the south, was largely dominated by gangs and artists. 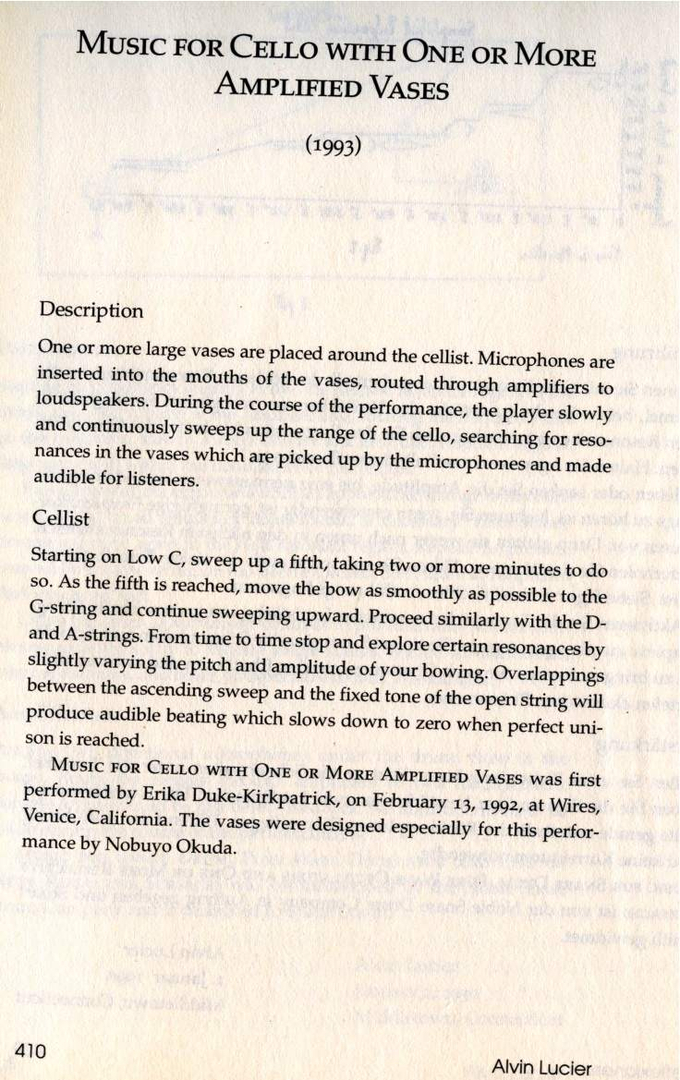 With thanks to Michael Morris of Valensi, Rose & Magaram

Wires: to be continued; meanwhile, what they were saying: 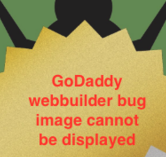 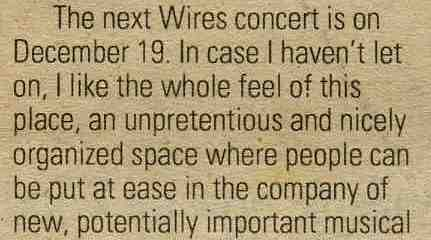 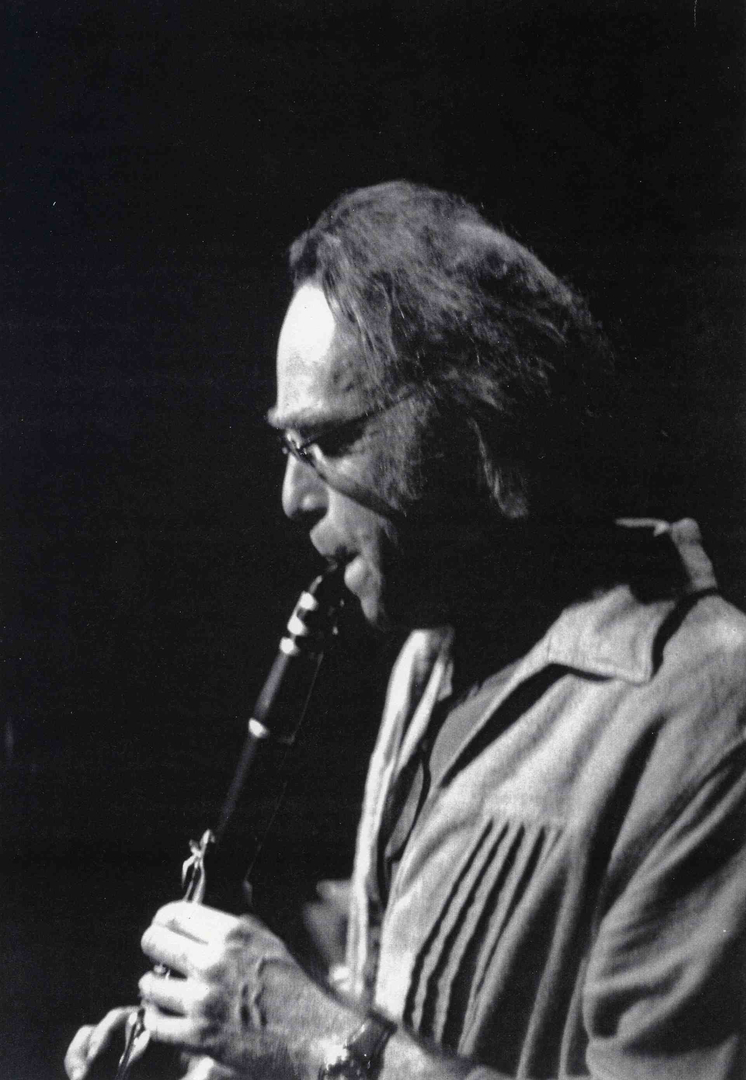 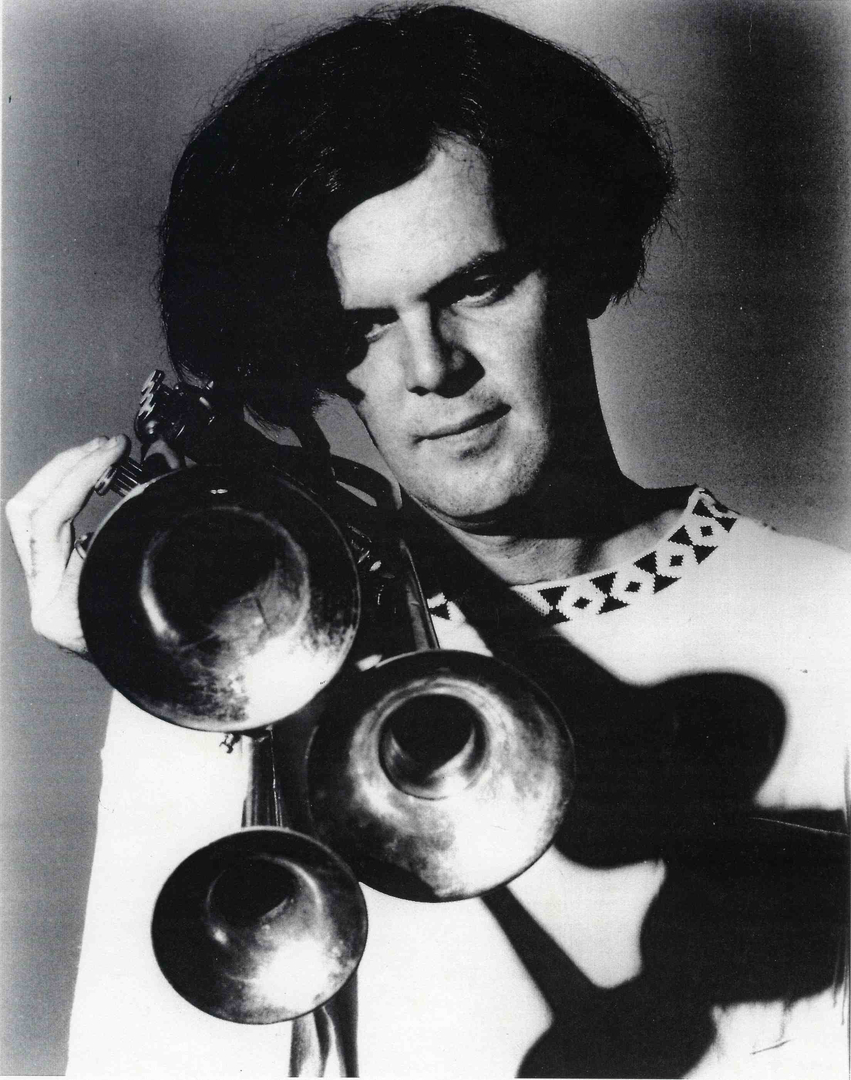 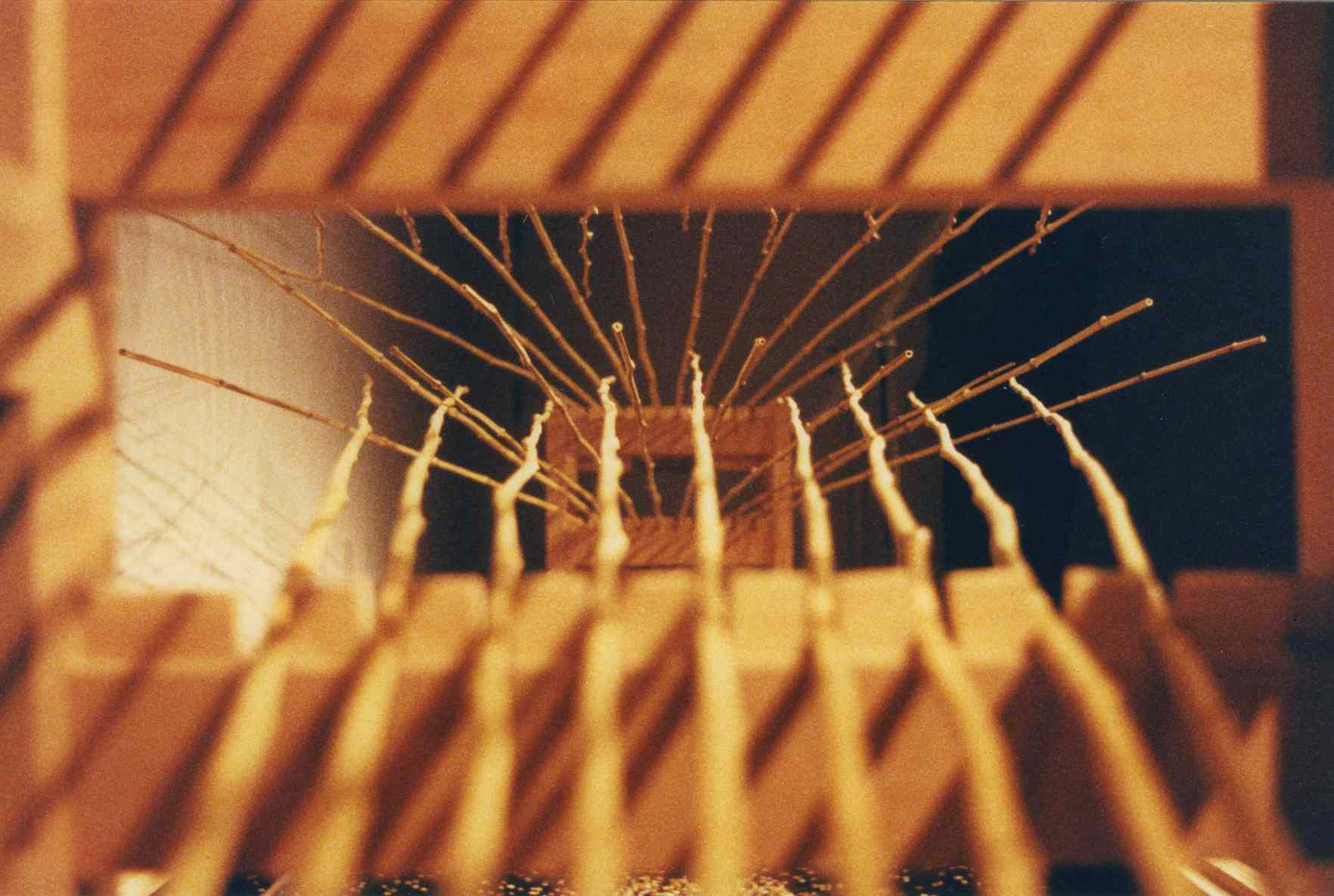 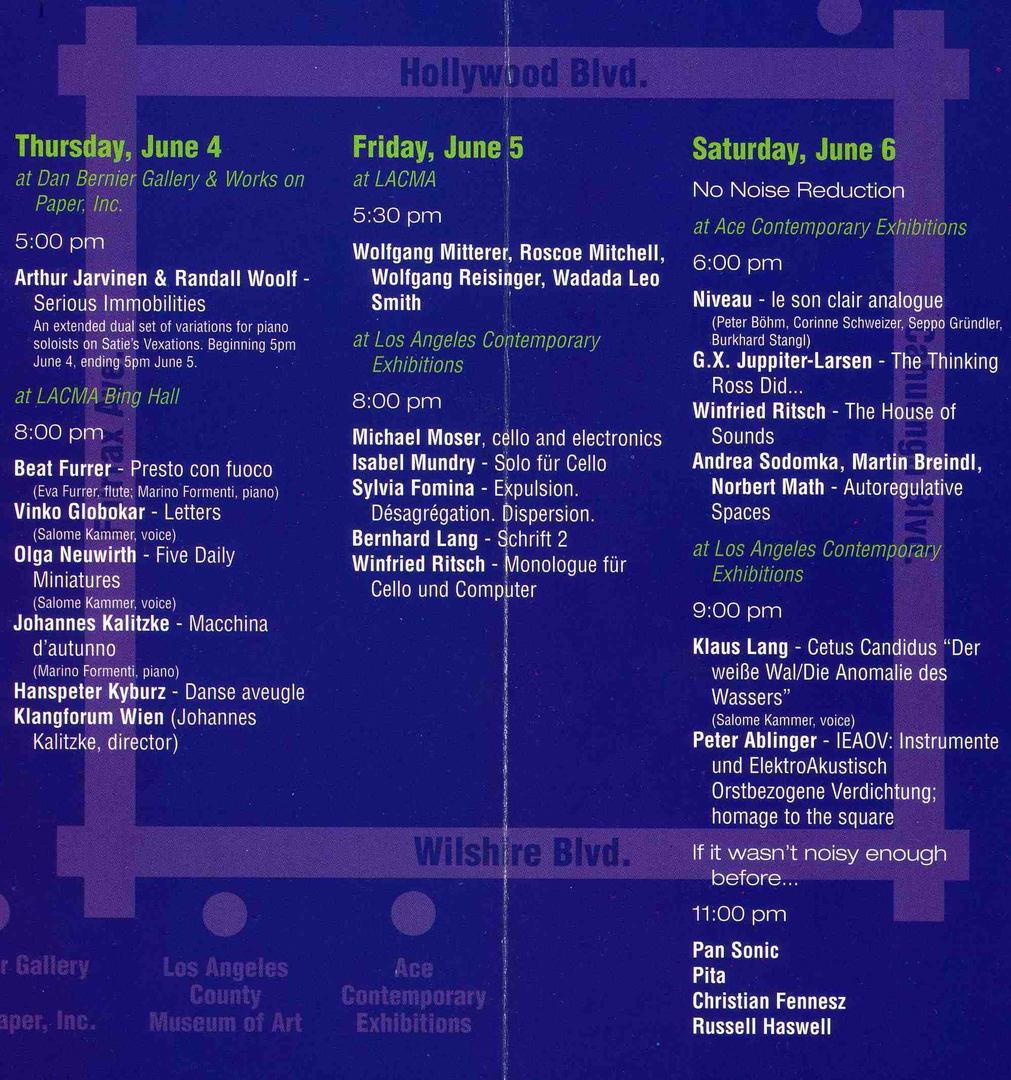 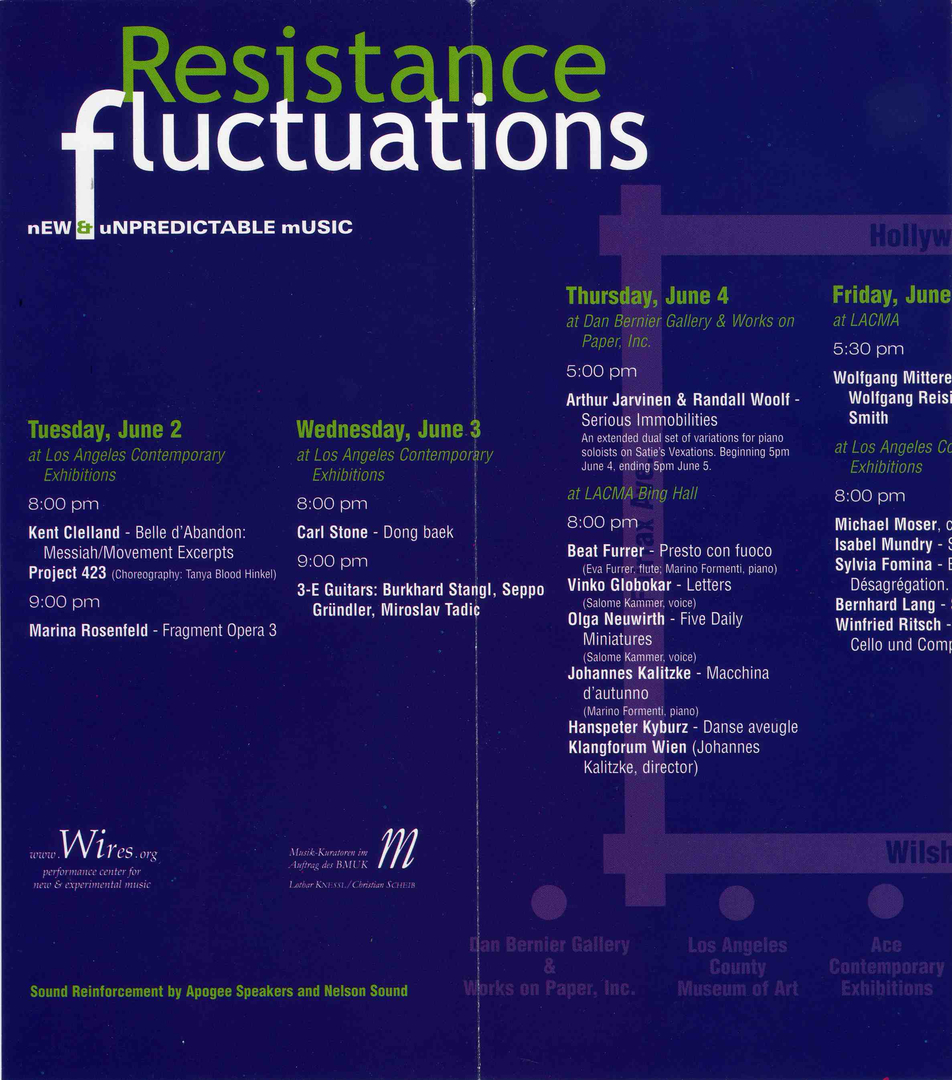 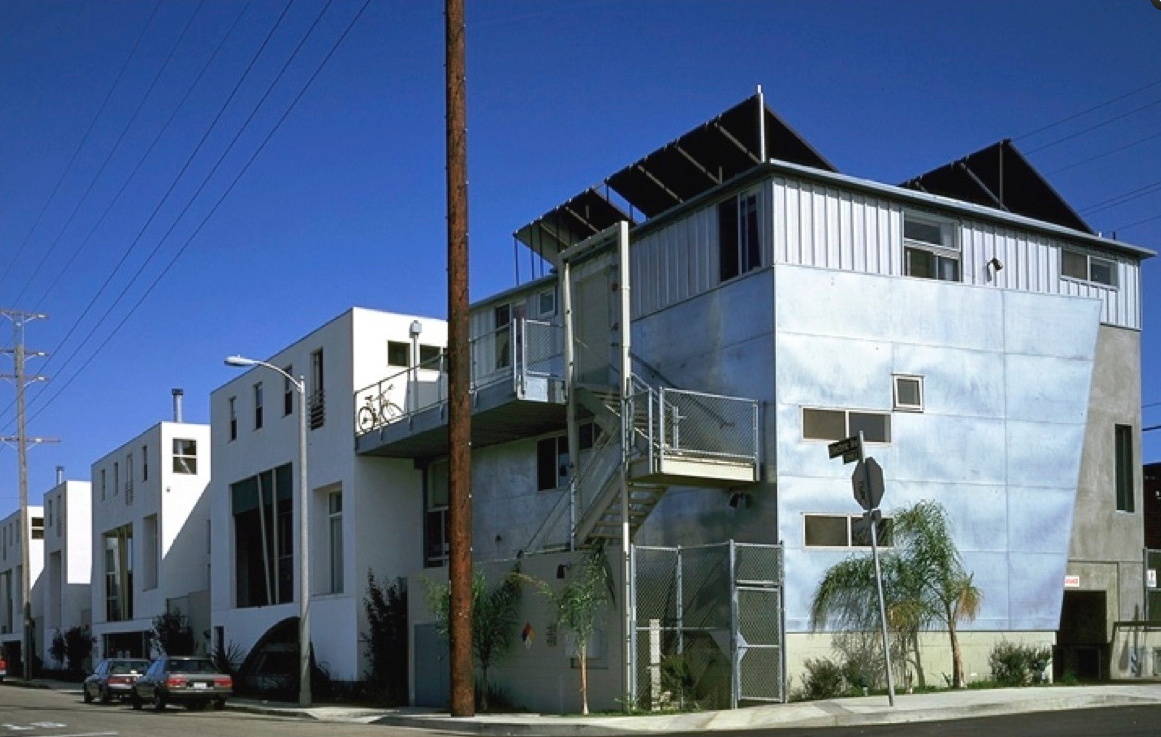 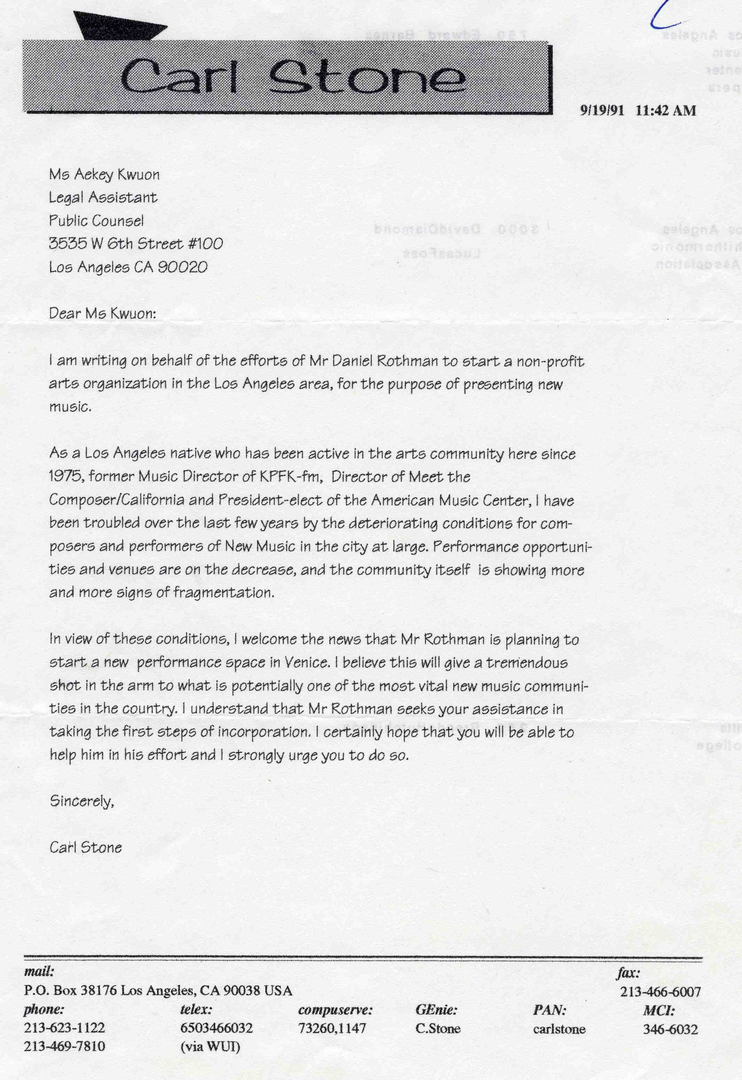 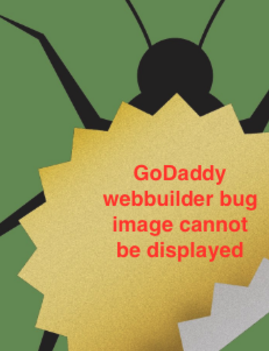 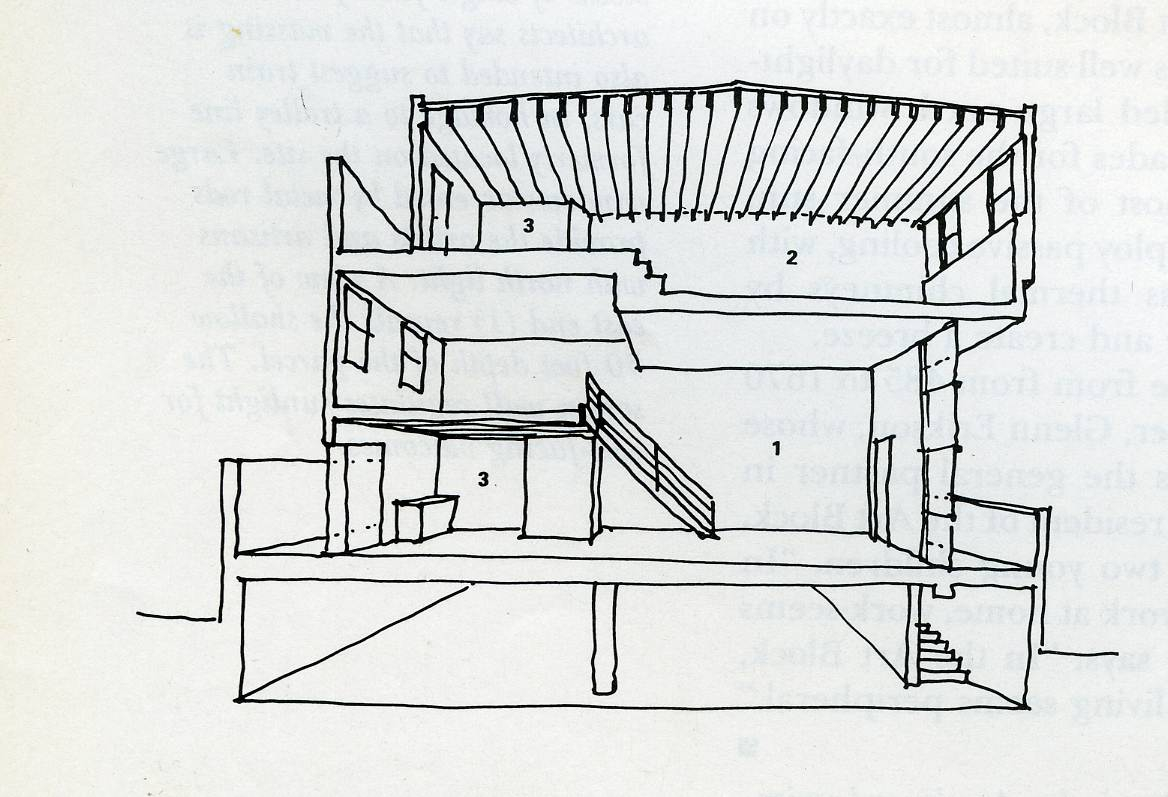 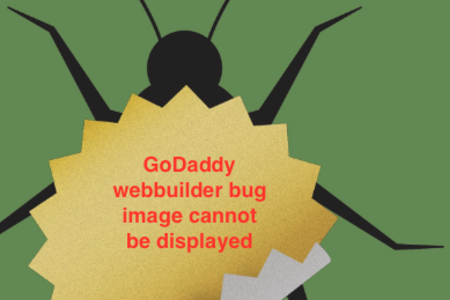 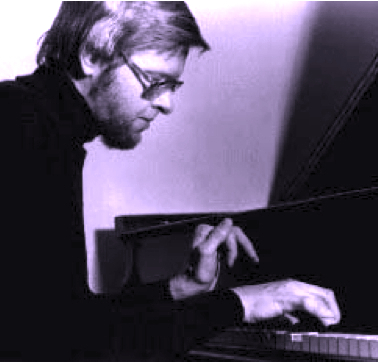 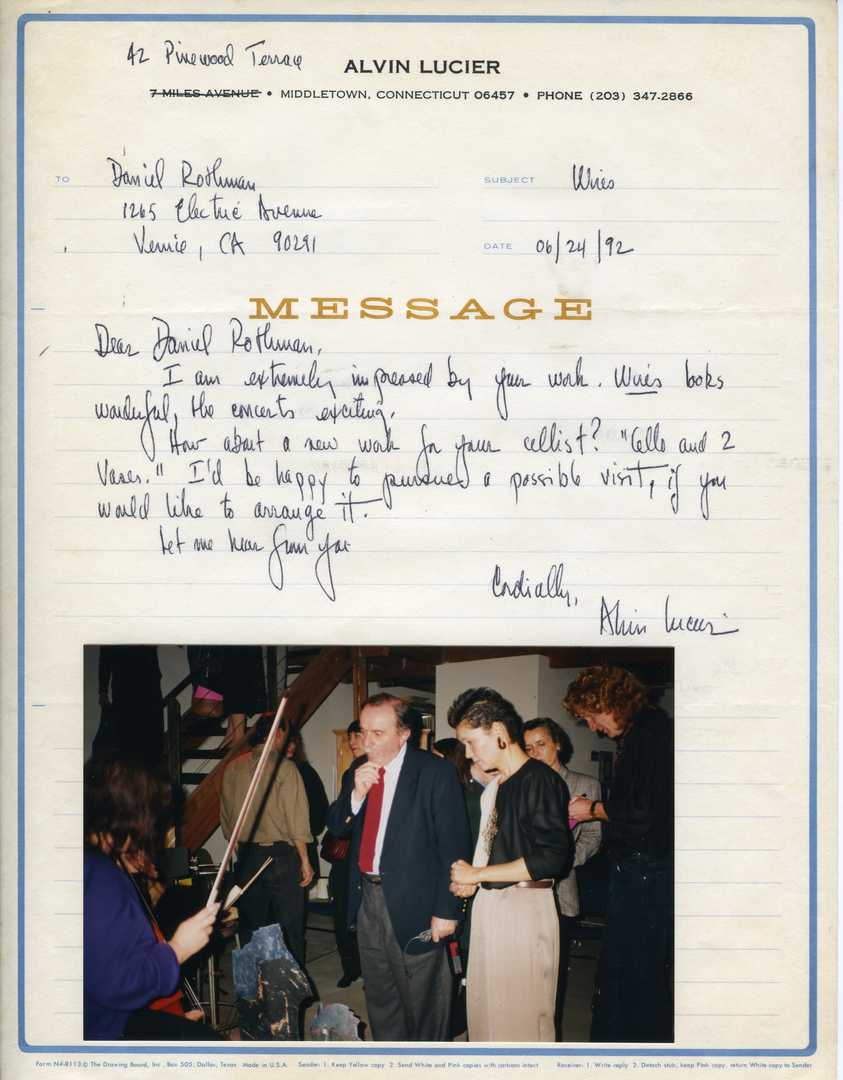 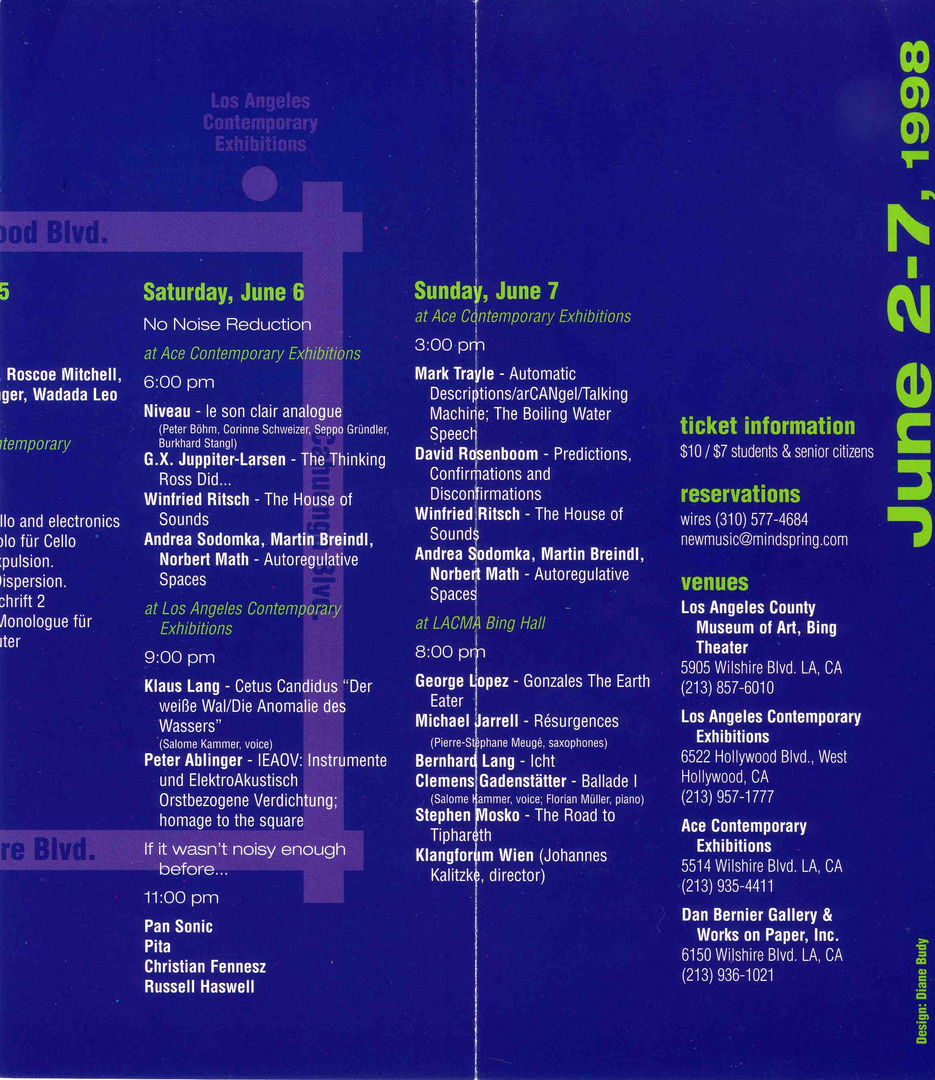 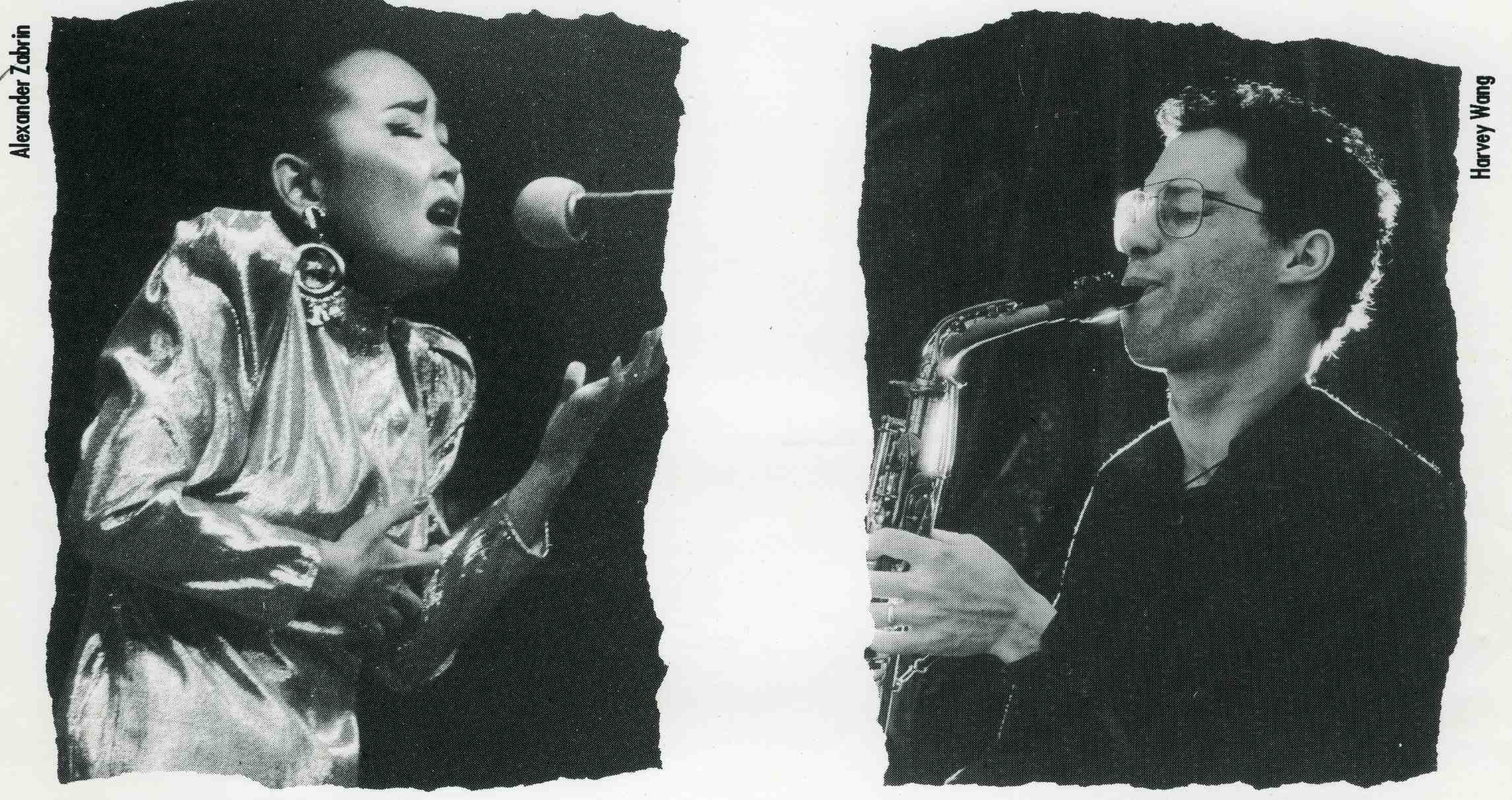 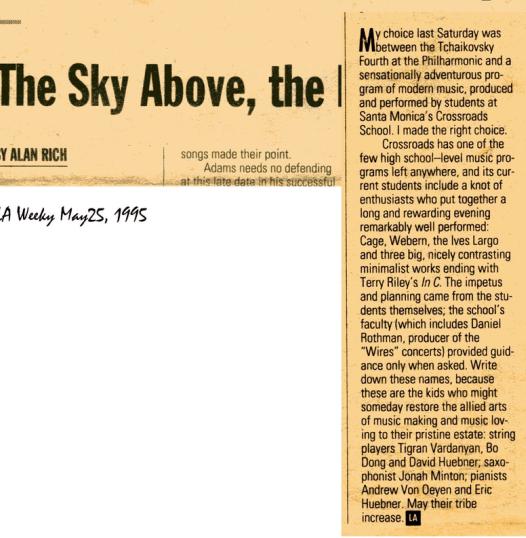 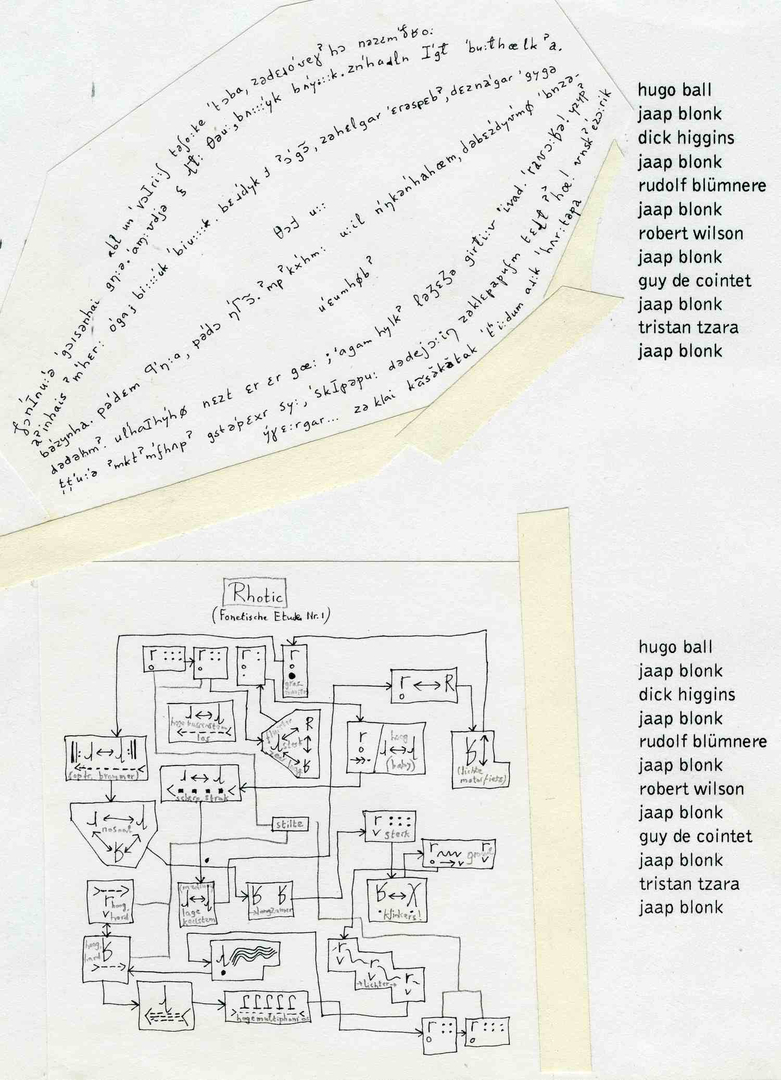 Although more time had passed than we hoped before anything by Bob Ashley was presented, Tom Buckner and Joe Kubera's performance of The Producer Speaks, which could be heard by clicking on Bob's postcard, aptly sums up all that went into the project. 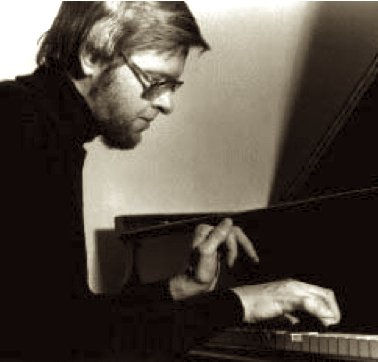 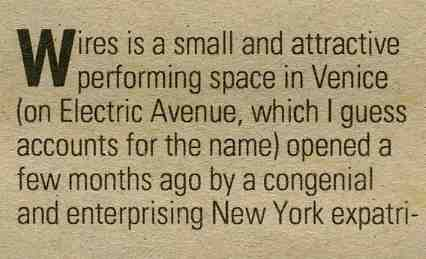 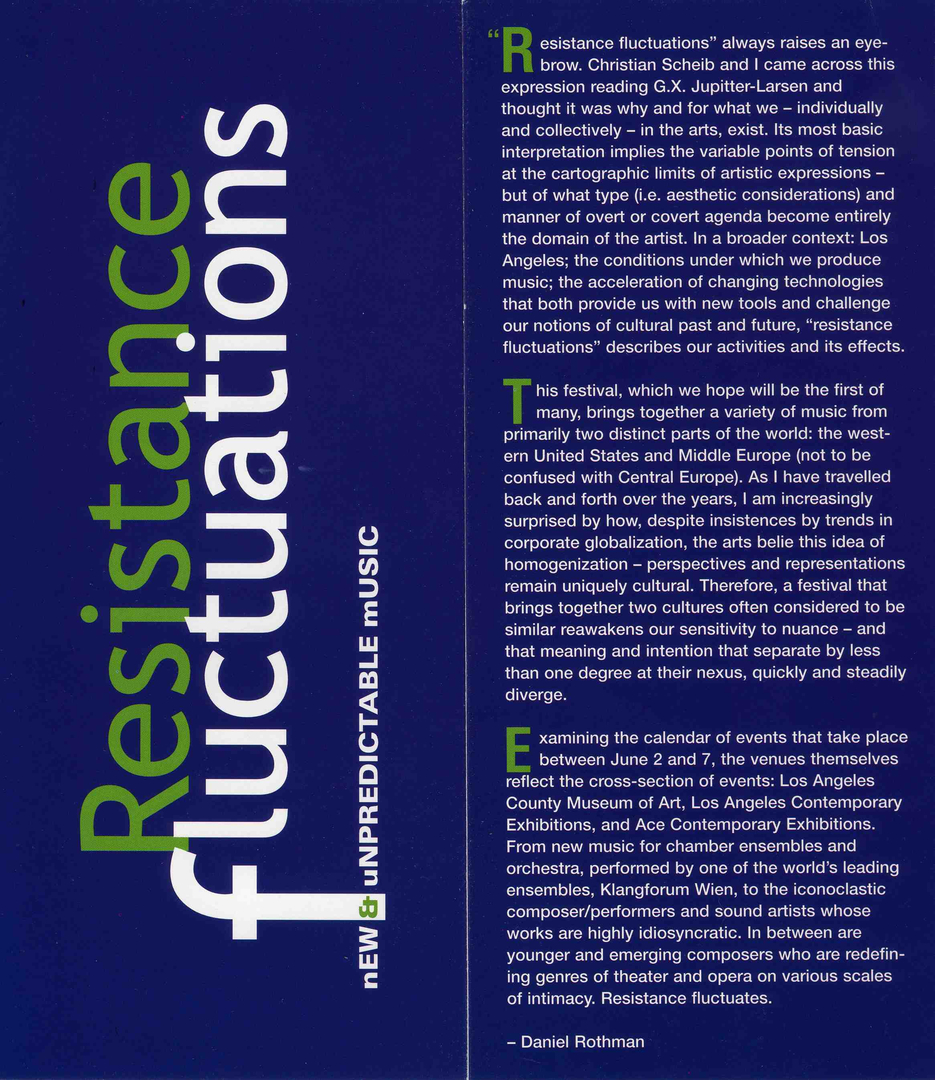 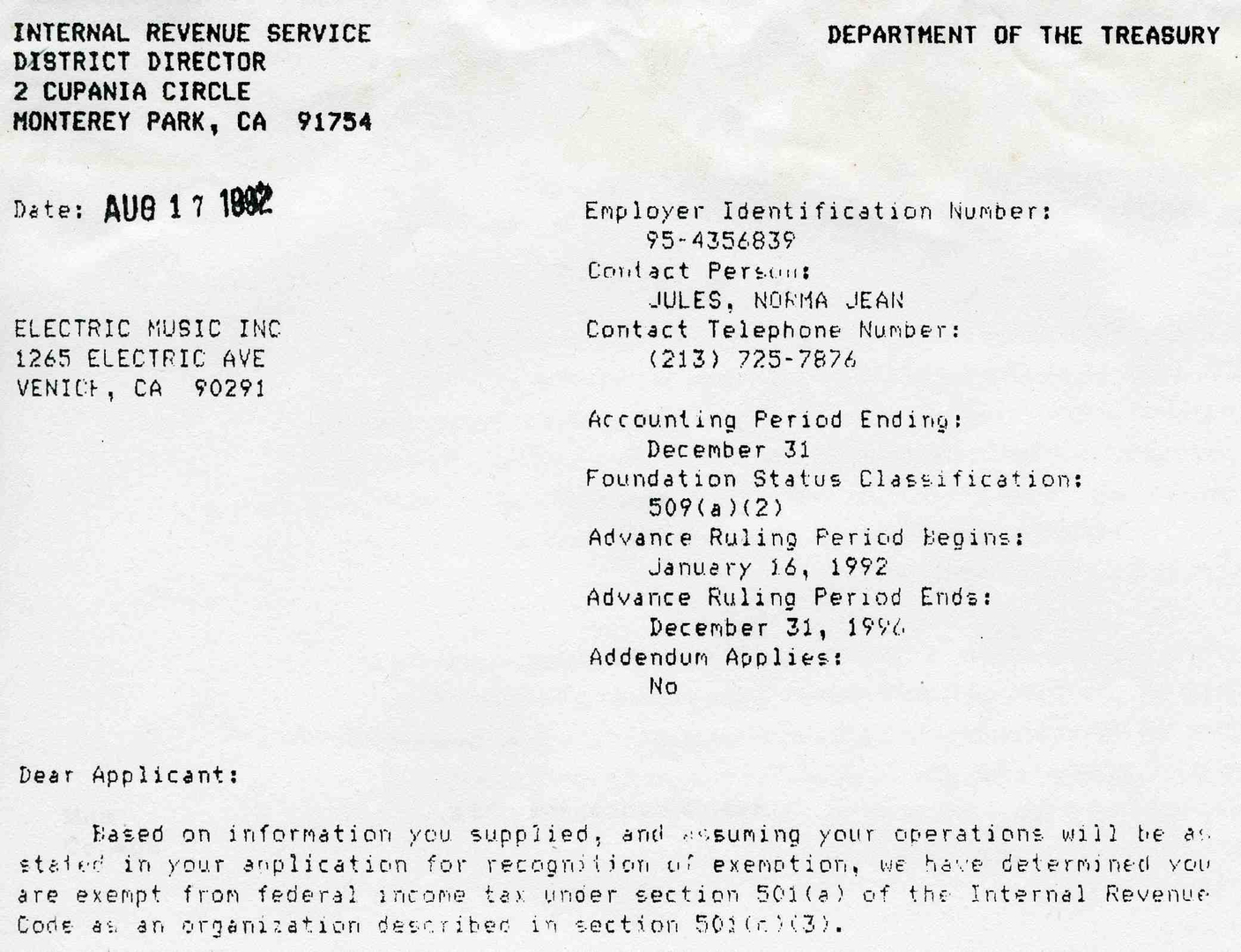 In "An Autobiographical Statement" (Southwest Review, 1991), John Cage recollects the two years he spent after beginning his 1939 Imaginary Landscapes series "trying to establish a Center for Experimental Music."  "Though I found interest in my work," he said, "I found no one willing to support it financially."  Wires Center for New & Experimental Music (Electric Music, Inc.) was founded as a non-profit organization in 1991, by Andrea Loselle, Matt Easton and myself, and presented its first concert March 1, 1992, with the premiere of Cage's One6 (1990), performed by János Négyesy, the violinist to whom it is dedicated, and — as Cage specified — a sound sculpture by Mineko Grimmer.  One6 was followed by Luigi Nono's 1989 "Hay que caminar" soñando ("But we must go on" dreaming), also performed by János, with Päivikki Nykter.

Wires occupied a loft, whose upper two floors bisected the space, lending itself to interesting acoustical and performance possibilities, which can be heard from their stations in Päivikki and Jånos' performance of "Hay que caminar" soñando.

The photo below Alvin's note is from the premiere, which was February 13, 1993 — not as published by MusikTexte (right).  The program also included Silver Streetcar for the Orchestra, performed by Art Jarvinen on the triangle, and In Memoriam Jon Higgins, for clarinet (played by Marty Walker) and pure sound wave. Alvin is standing with Erika Duke-Kirkpatrick and Nobuyo Okuda in our performance space at 1265 Electric Avenue.

May 22, 1992 Morton Feldman: Patterns In A Chromatic Field